Why is it easier to predict a Crash !! — Is it a time to get Ready for the next Big Rally in the next few years ??

We have recently started seeing a lot of broking firms, financial advisors, analysts and everyone on the street is calling for a major crash and a worse then 2008 scenario.

Many even going to the extent of calling it a systemic crisis, catastrophe, currency failures, sovereign failures and every thing which can lead to panic. For example there are just too many books on the Great Crash Ahead !! 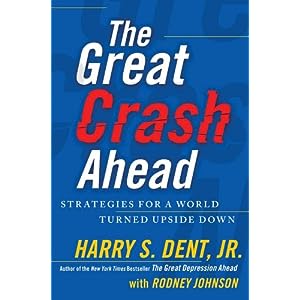 So right now we are seeing a spate of such books calling for a Big Bear Market. We did see a lot of such books and articles coming in the end of 2008. Why do such books not come at in end of 2007 or end of 2010. ( Simple investors pyschology – Fear and Greed Rules. So right now its time to capitalize the fear )

So lets look at a modus operandi to be a Market Guru.

2) Go with the Market – Release the report / book when markets are highly depressed or in euphoria :).

3) If you go right SHOUT and release another a book else be happy with gains of one 🙂 !!!

Lets c maybe even we have been trying to do the same 🙂 but we do it at the wrong time --------- 🙂 as we would like investors to profit from the opportunities available.

We have been presenting the above long term cycle presentations at a time when investors could profit from investing in equities :). But thats the time not many are interested in Investing – Like right now 🙂

The next we did was starting in July –August 2009 and till mid of 2010 in various citiies like Mumbai, Pune, Banglore, Chennai, Delhi , Banglore, Ahmedabad and so on.

Sensex the next Multibagger – August 2009 and so on.

Again we feel is the right time to start investing for long term slowly and we will be back with these seminars in your city very soon starting October. Those who would like to get it in their city and volunteer may mail me on nooreshtech@analyseindia.com