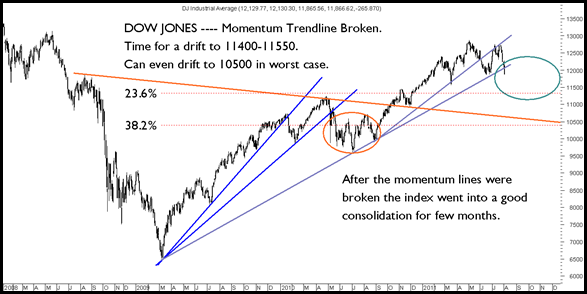 -> Dow Jones has done a momentum line breakdown as seen many months back. This indicates it could drift lower to 11400-11550 which is previous bottom and 23.6% retracement.

-> In the worst case index can even retrace to 10500 but we may keep this option aside for some time coz of RSI seen below. 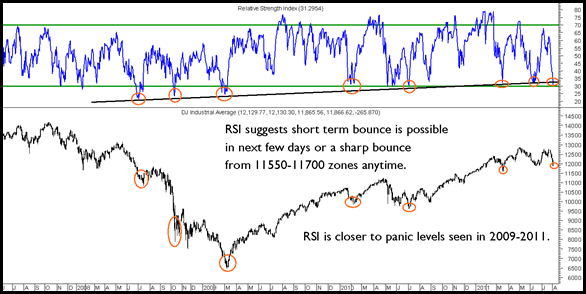