Now is the Opportunity – 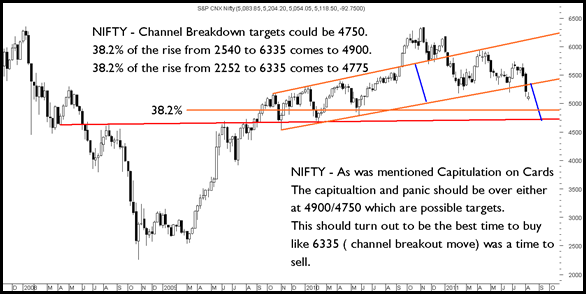 In our earlier report we had mentioned that INDIA VIX and RSI were indicating markets are pricing in some undue announcement. We have seen the S&P downgrade which came up over the weekend. So the criteria for a catastrophic fall in Nifty was in place and now technically the capitulation should either get over at 4900 or 4700-4775.

Top Picks in the index are as follows which can be bought at + -2% from the given levels.

We have initiated a model portfolio for clients today.